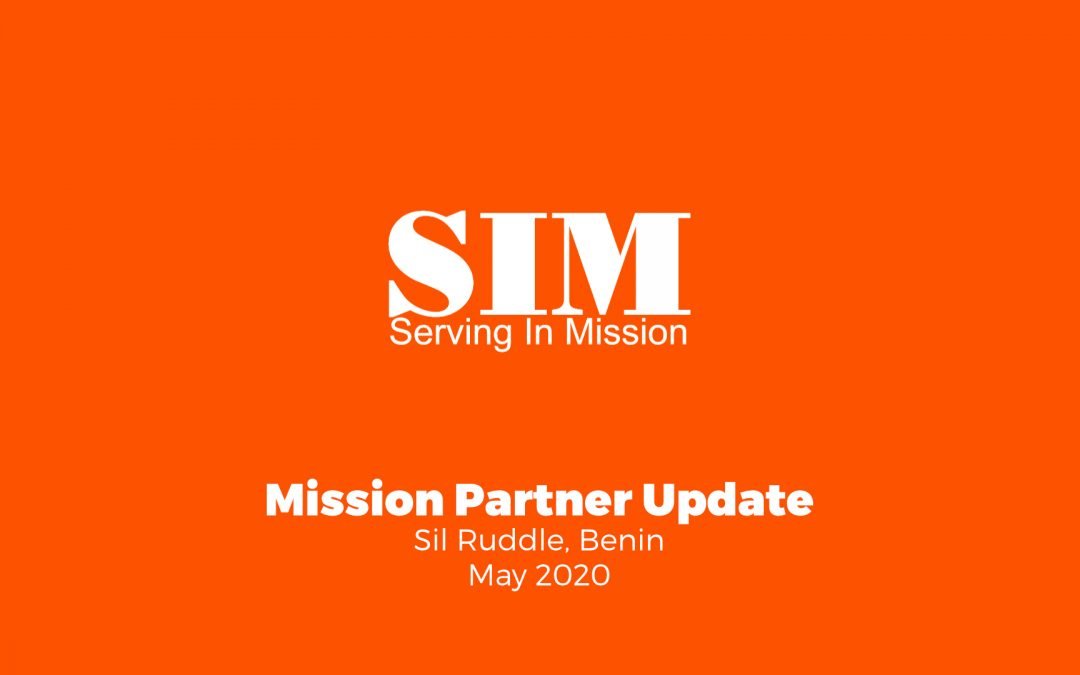 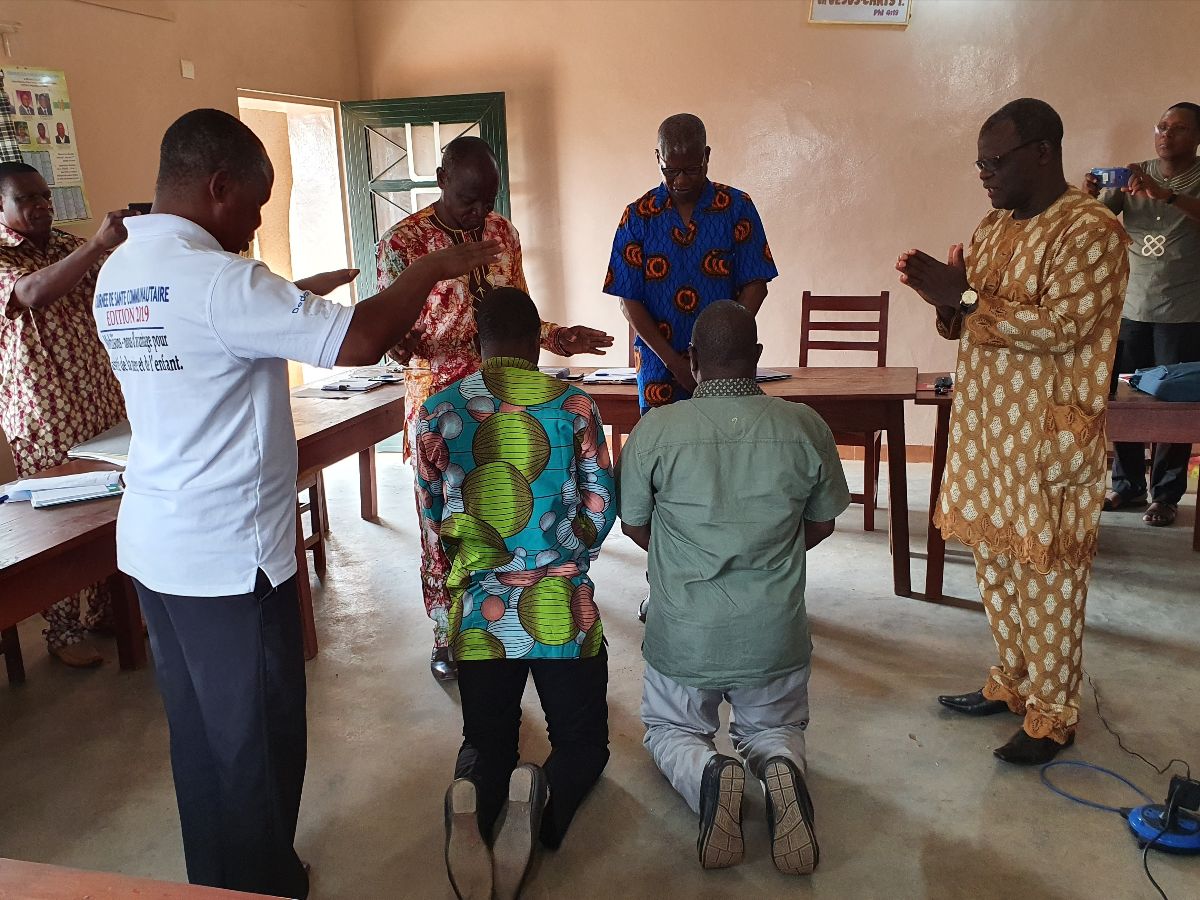 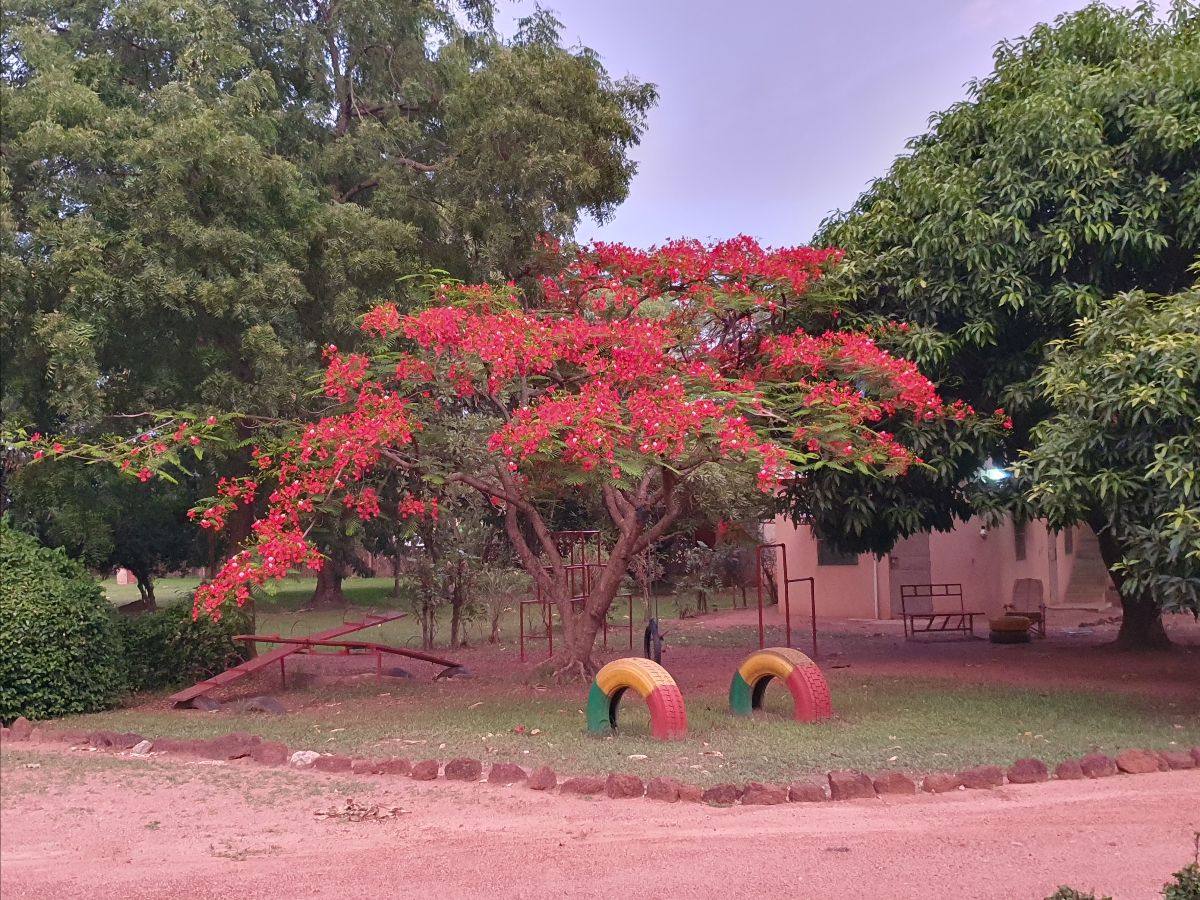 I’m probably not alone in saying that most of my conversations about COVID-19 over the last nine weeks have ended with expressions such as “time will tell” or “it is difficult to know”. As we have watched the pandemic unfold across the world, it has felt very much like a waiting game here in Benin.

The first confirmed case of COVID-19 was recorded in Benin on 16 March 2020. The government was quick to close borders, and shortly after schools, churches and mosques. Given most cases were in the more populated south, a health cordon was established preventing people, though not goods, from travelling to or from the north (where I am based). Taxis were restricted to just three passengers and all buses cancelled. In Parakou, we implemented local measures such as installing hand washing stations and closing our guest houses and morning pause café. But in reality, our office and the majority of our support functions have continued to run. I still travel into work each day, albeit in a borrowed car rather than on a motorcycle taxi.

As other countries went into lockdown, our President was quick to announce that further restrictions would be unlikely. He reasoned that the chaos caused by restricting people’s ability to work would be far worse than the disease, especially given the vast majority of Beninese rely on informal or non-salaried income to keep food on the table.

So our local team has spent much of the last nine weeks asking God to protect our region and waiting to see what will unfold. The number of confirmed cases in Benin has slowly risen, reaching a high of 339 last week before suddenly dropping back to 135 due to a correction in the way cases were being counted. Officially, we have only had three COVID-19 related deaths and are faring much better than many of our neighbouring countries (e.g. Ghana, Nigeria). But ultimately it is difficult to know. In Benin’s favour is an early response, a young population and widespread TB vaccination. But on the other hand, the country’s health system is weak and misinformation tends to spread easily. After nine weeks, has COVID-19 been delayed or contained … only time will tell. 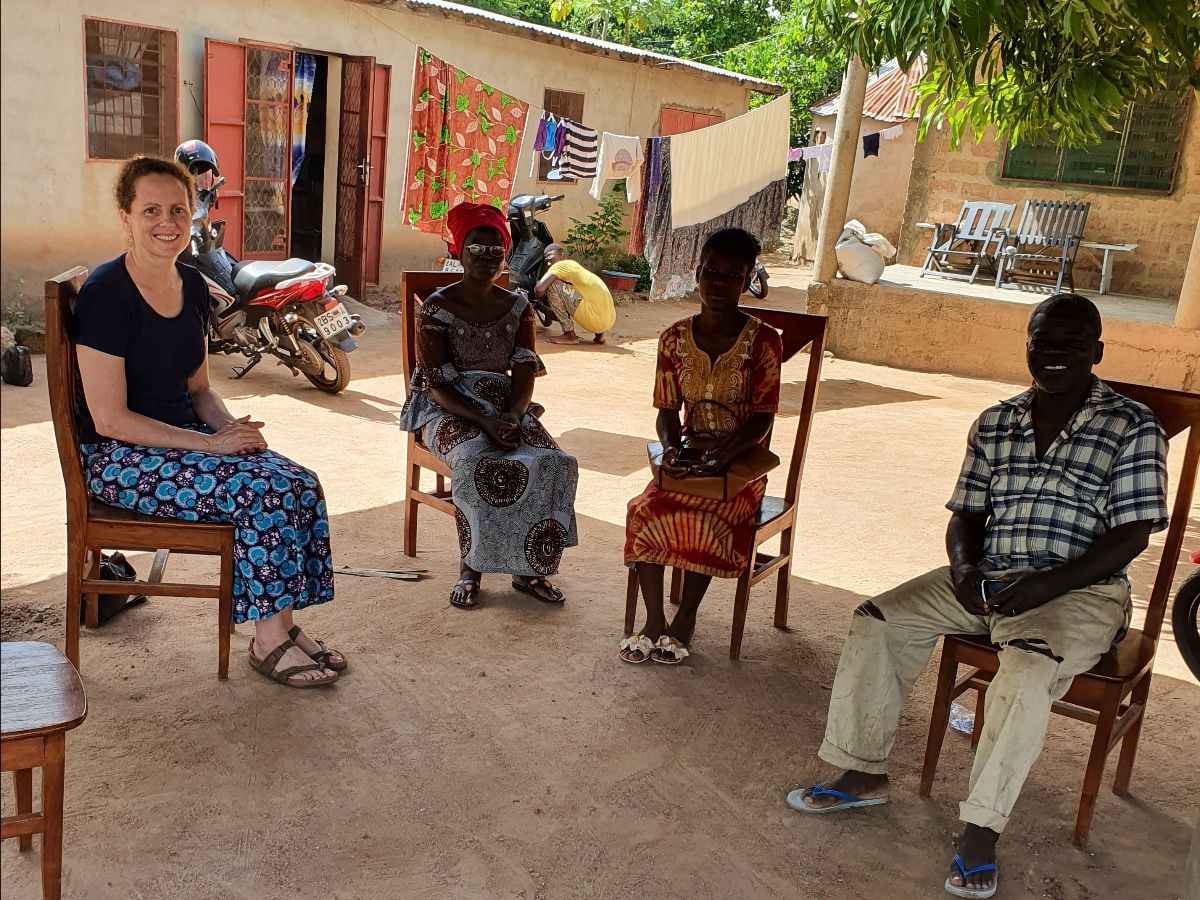 21 May – Visiting the family of one of my colleagues. Their daughter is getting married this weekend with the gathering limited to 50 people 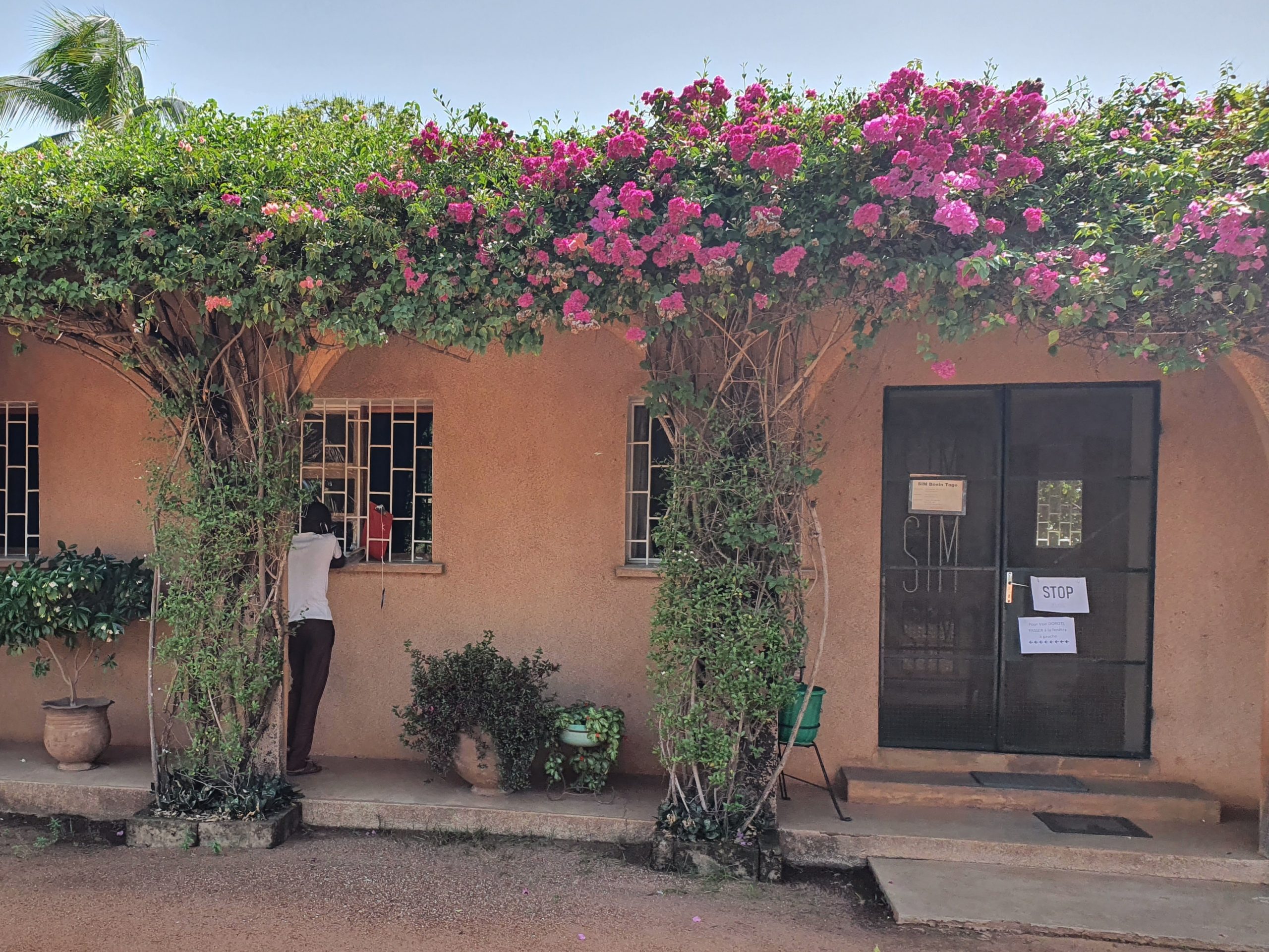 4 May – Our cashier is now serving people through his window rather than across a desk inside. Not ideal culturally, but safer nonetheless

A number of our ministries have been impacted by COVID-19 restrictions, but at this stage nothing too serious. For example we have had to postpone some translation checking sessions and radio speakers have been unable to travel to our studio from the south. Perhaps the greatest challenge has been the closure of a number of the UEEB Bible Schools for six weeks. Classes at the UEEB French Bible Institute were suspended, though because teachers and students all live on the one rural campus some homework and individual assignments were still distributed. Unfortunately moving things on-line just isn’t an option as not all students own computers, internet access is poor and the school only has electricity for three hours every evening.

On 11 May, the government gave permission for all schools to reopen, except for some of the lower primary levels. The academic year had already been extended into July, but to keep them closed any longer would have risked the entire school year. The health cordon was also lifted as COVID-19 has now been found in the north. Masks are still compulsory in public places, with police issuing on the spot fines if people are caught without them. I was told of one case where the fine was three times higher than if they had been caught not wearing a motorcycle helmet!

For the moment, churches remain closed though there is talk that this restriction might be lifted in June. The vast majority of church members have been gathering in small house groups with a number of pastors making use of messaging platforms such as WhatsApp. A lack of technology, equipment and know-how really limits anything more being put on-line.

A huge thank you for your ongoing prayers, messages and support. I continue to carry a heavy administration load, but the cancellation of some meetings has helped. We still do not know when Clara (our Director) will be able to return, but I’m thankful for weekly Zoom calls with her and Lee (our Treasurer) and their remote support.

24 Apr – Signs around town: “Fight against the spread of the coronavirus in Parakou” 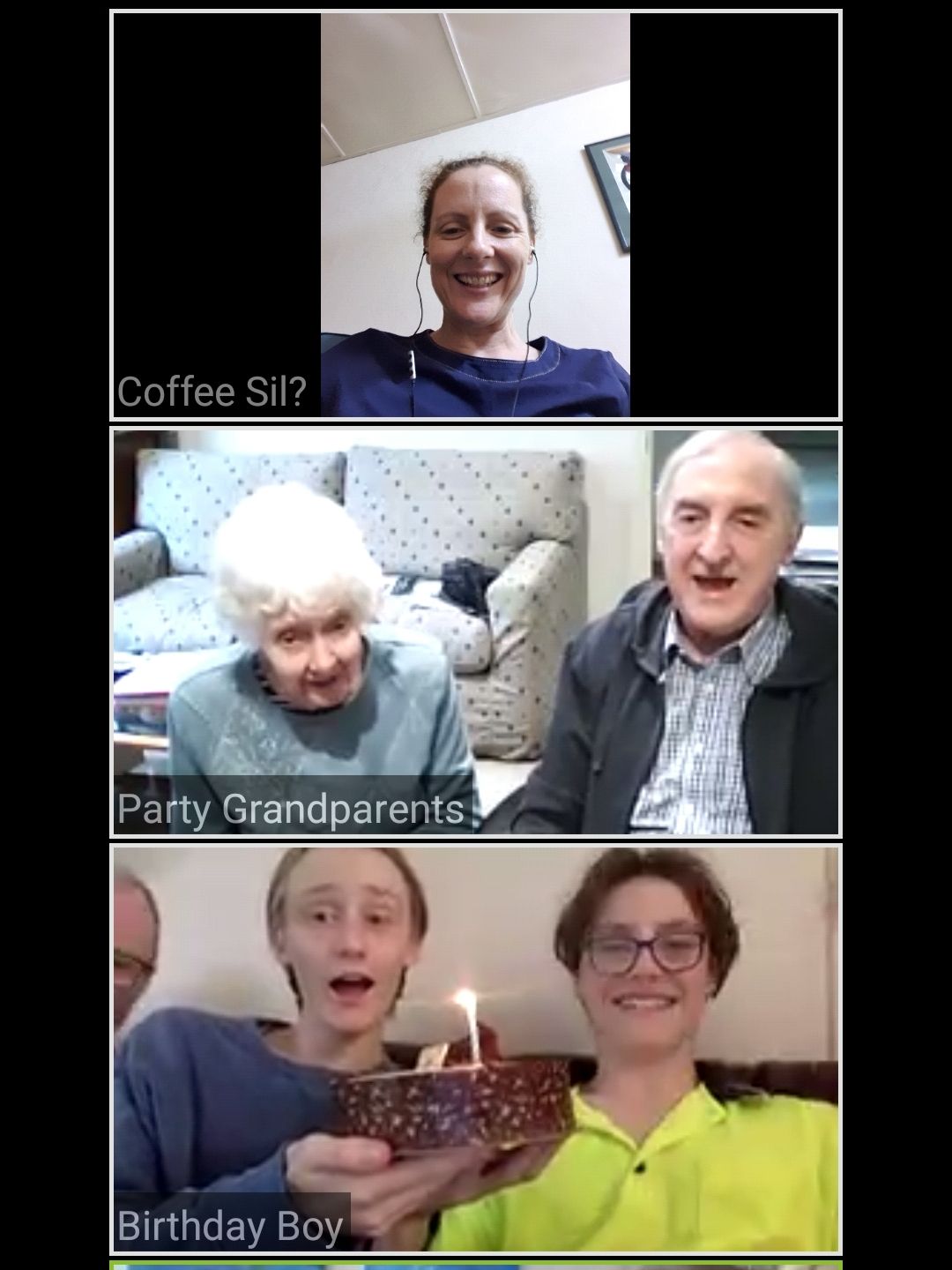 7 Apr – Celebrating family birthdays by Zoom, I’m not the only one calling in!

Give thanks that COVID-19 numbers still appear relatively low in Benin. Pray for the government and health officials as they manage the pandemic. Pray that God will protect our health workers, and that the sick will have access to adequate care and treatment.

Pray that God will continue to protect, encourage and grow the UEEB despite church members being unable to meet in church buildings or large groups. Give thanks for the many people helping to facilitate house groups and WhatsApp communication.

Pray for the UEEB Bible Schools (French speaking and vernacular languages) as they restructure their 2019/20 academic programs. Pray that the Lord will meet their needs and be growing servant-hearted leaders and Bible teachers capable of responding to the needs of the church in Benin and West Africa.

Give thanks for God’s faithfulness and the support of people around me. Pray for His strength and wisdom as we continue to make decisions and run ministries within the current environment. Pray that I might lead well and rest in God’s peace and steadfastness.