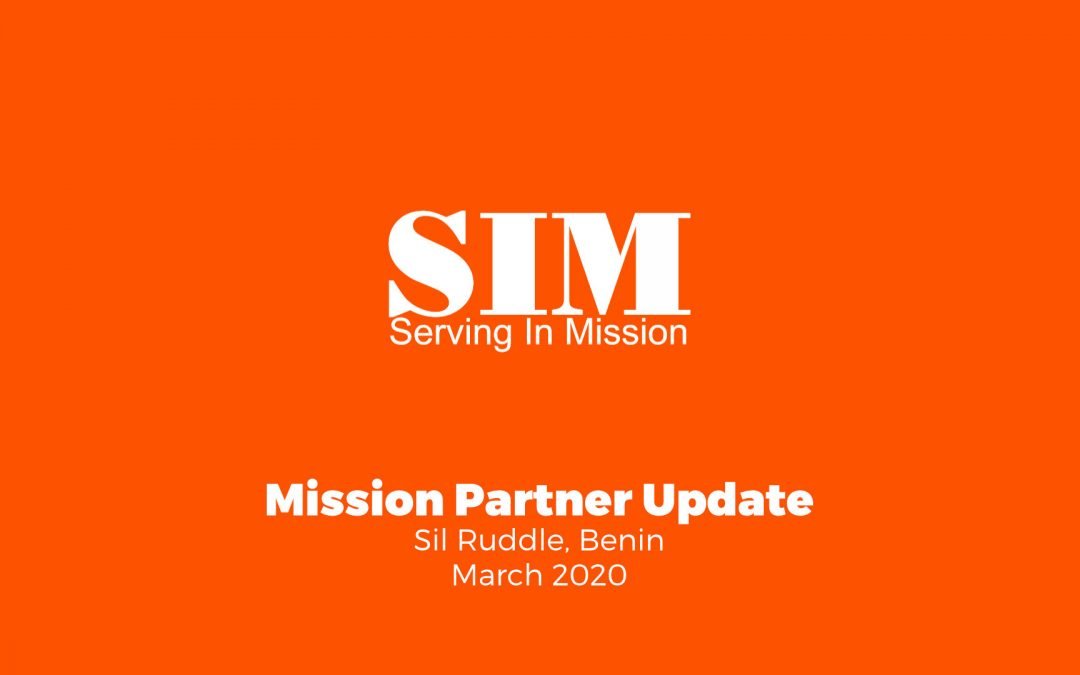 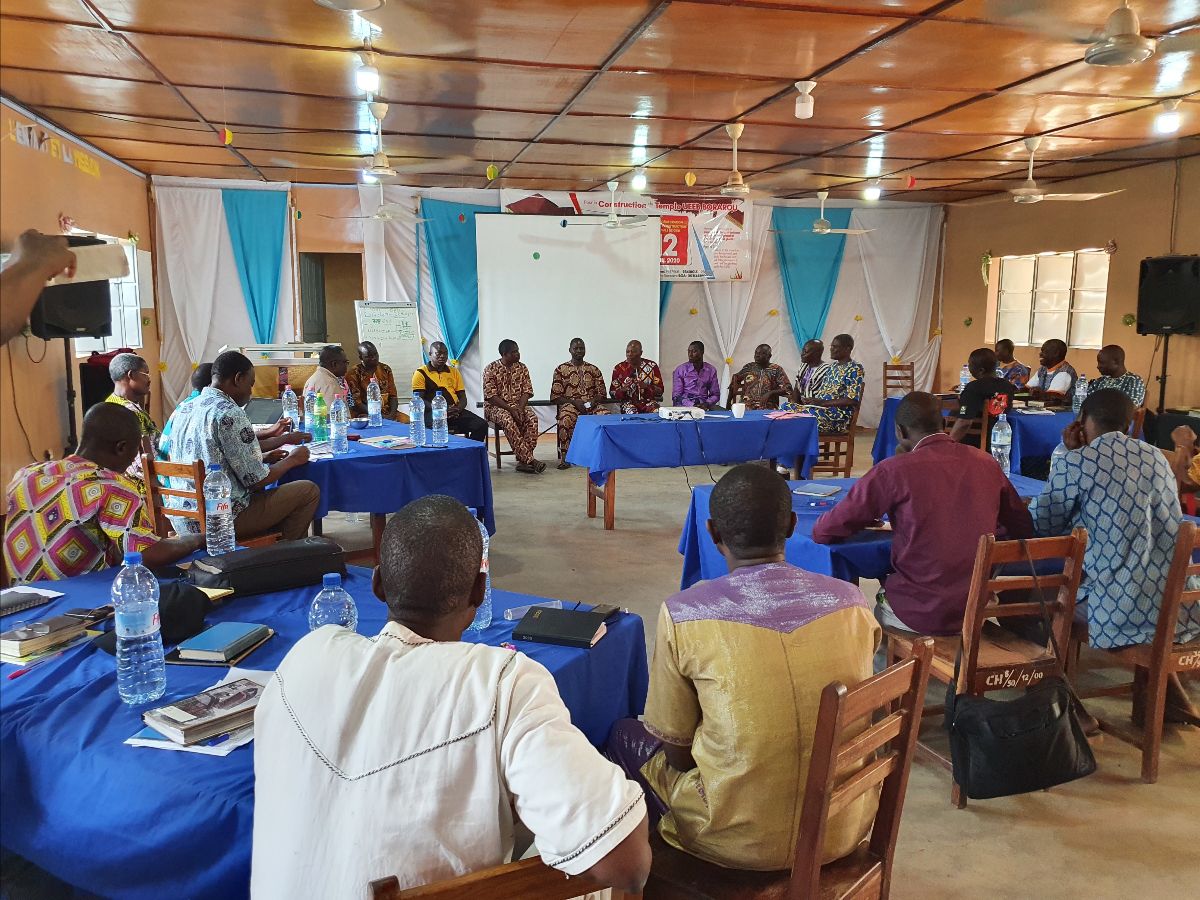 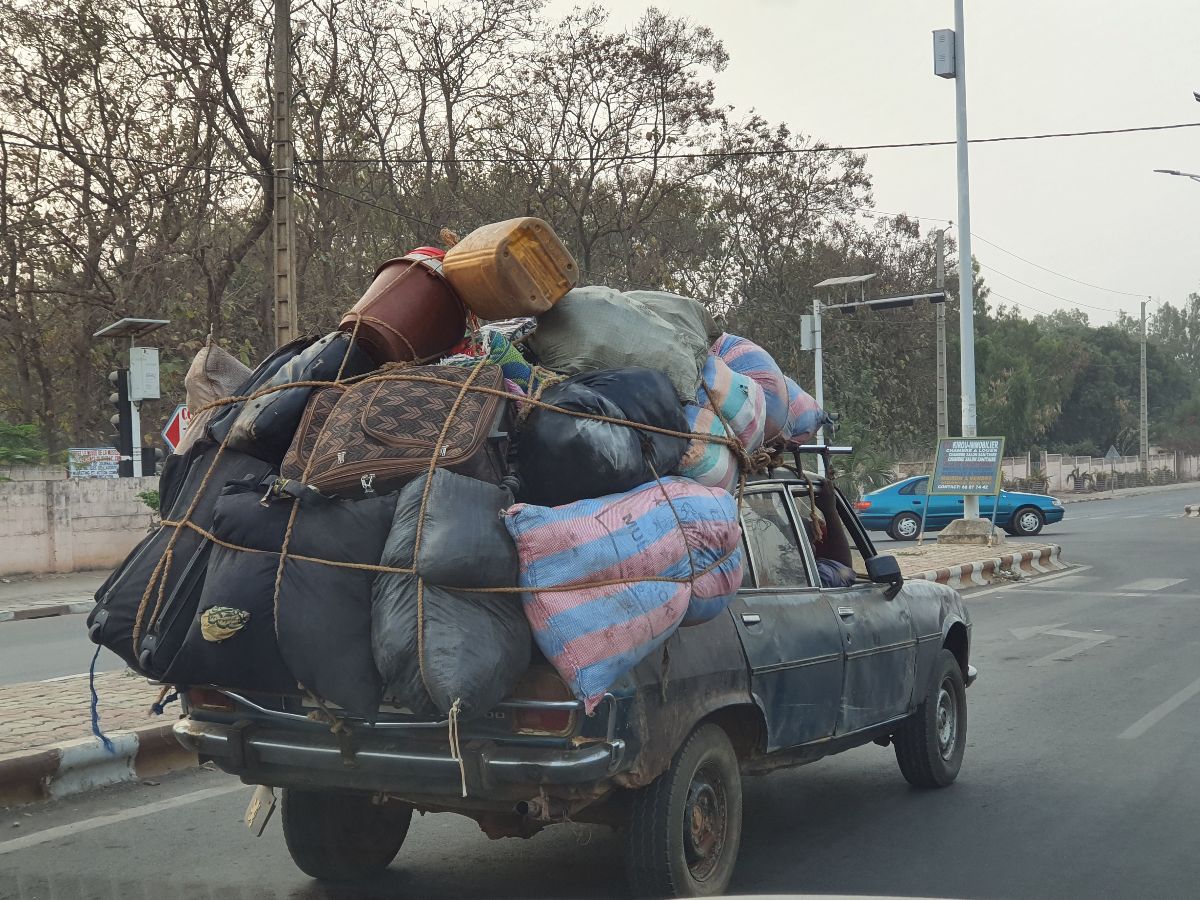 On 12 February 2020, I emailed the following prayer point to a supporting church: “Please pray for patience and no major emergencies!”. I had just farewelled Lee, our Treasurer, and once again resumed the role of Acting Director as the only member of our office leadership team still in-country. Now, less than six weeks later, as Benin and Togo announce the arrival of COVID-19, I’m left wondering, did God really hear that prayer?

Much like the rest of the world, things are changing daily. However as I write, Togo has locked down a number of cities (including where colleagues are based) and closed schools and church gatherings. Benin has registered two official cases and instituted, among other measures, mandatory quarantine in a local hotel for anyone arriving by air. People are very aware of the pandemic, with reactions ranging from mild ridicule to absorbing everything as truth on social media. Please pray that God will protect our region and strengthen the authorities and health systems that are working to manage local outbreaks.

There is definitely a growing sense of anxiety. Last Friday, I was on the back of a motorcycle taxi at traffic lights when another driver leaned over the passenger in his car and started yelling something out his window. I looked around to see what was going on, only to finally twig that his outburst was directed at me. I was being told over and over again to respect control measures. Benin’s second confirmed case of COVID-19 was a German tourist who flouted self-quarantine. I can only assume that he thought I had just arrived and was doing exactly the same thing.

A number of our team members have had travel plans disrupted. One of the more significant is a French family who are leaving Benin after ten years. I travelled to Pédé last weekend to participate in their final church service. They said their final goodbyes the next day but only made it as far as Parakou due to flight cancellations. It now looks as though they will be staying put for the next few weeks. In a difficult call, we have also had to ask Clara (our Director) to remain in Canada for the moment. This impacts me significantly as it could be months before she is able to arrive.

So where is God in all this? The thought that keeps coming to my mind is that He is still the same yesterday, today and forever. He hasn’t answered my February prayer in a way that I expected, but nor have I been left floundering. Just a week before our borders closed we had two long term team members arrive back in Benin. Since February we’ve known that Sara (a nurse) would need to spend some time in Parakou rather than return to her clinic in the north of Benin due to security concerns. This has meant she was perfectly placed, just when we needed someone, to become our COVID-19 coordinator. Her support has been invaluable. Both Lee and Clara continue to be available on-line via their respective countries and even though it is far from ideal, I’m secretly delighted to have our French family with us just a little while longer in Parakou! I do not doubt that the next few months will be challenging, but I am reminded and encouraged that God is faithful. May he continue to strengthen each one of us to love and serve Him where he has called us to be. 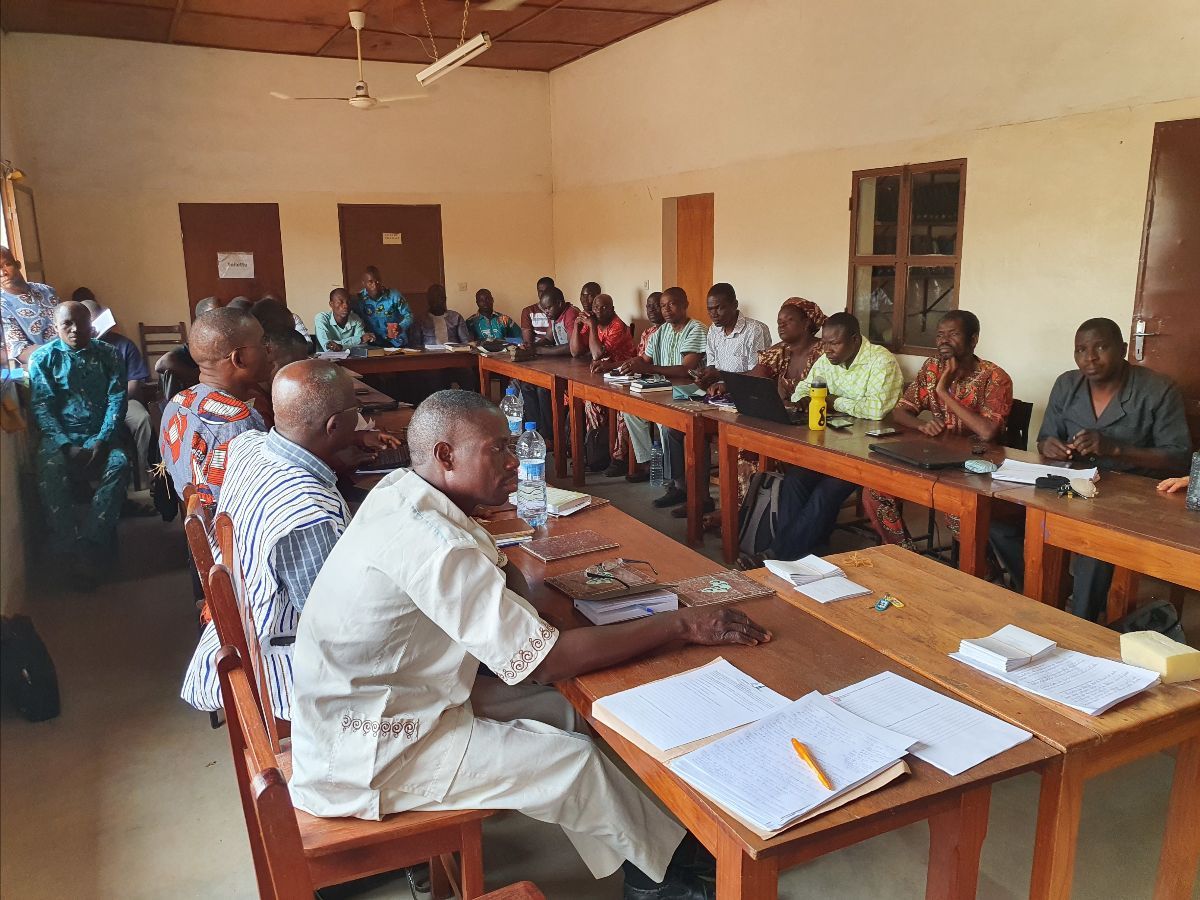 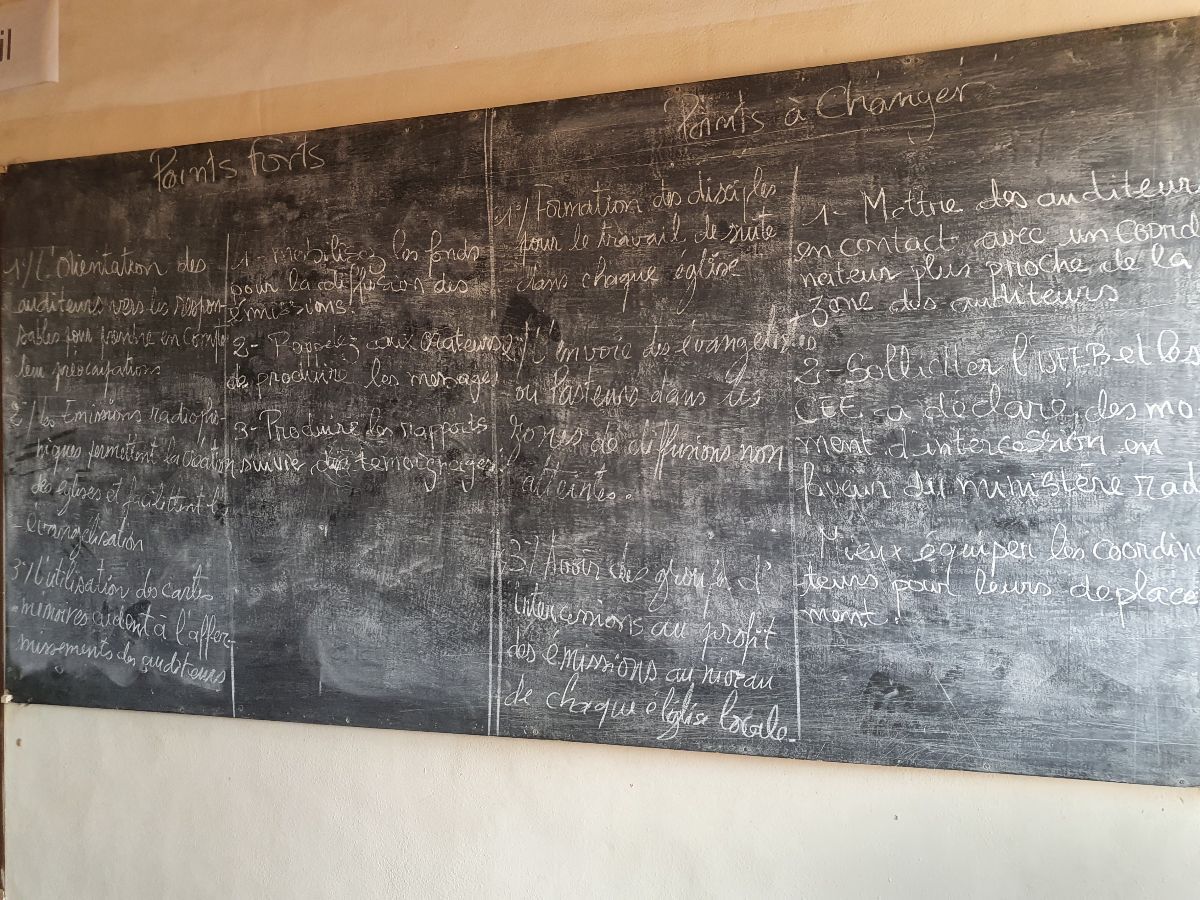 “After this generation, there will be no one left to worship fetishes”

In 1991, SIM Benin Togo began a small radio ministry in French and Bariba, which has now grown to Christian broadcasts in over 19 languages, across 29 community radio stations throughout Benin and Togo. It is a partnership with the Union of Evangelical Churches in Benin (UEEB), who raise support for the broadcast fees where possible, prepare messages and follow-up listeners.

Our National Radio Coordinator, Néhémie Kpetéré, opened our February radio conference last month by sharing a recent story from Tchetti in central Benin. In 2019, the time slots for our messages in Ifé were suddenly changed. Our listeners and the local radio coordinator complained to the local station, but nothing came of it. In December, Néhémie visited the station with a local pastor in the hope of talking personally with the director and delivering our programs for 2020. They were welcomed by the head of programming who spoke highly of the quality of our messages. Without prompting, he then went on to say that our messages are having an impact. He was recently in his village near the Togo border when he noticed his uncle and a few young people sitting under a tree. He asked what they were doing and his uncle replied, we’re waiting for more young people to help with a fetish. We need around ten people to play the drums, help with the sacrifice and do other things, but only three have arrived. The head of programming went on to reflect that after this generation there will be no one left to worship fetishes as they will all be at church. It was then that Néhémie realised why the station director had moved our time slots. He knew good work was going on, so had moved our broadcasts to a time when it would be difficult for people to listen. Praise God for this feedback and the fact that His word is bearing fruit in this region. They were also able to renegotiate the time slots!

If you’d like to listen to Néhémie Kpetéré, our National Radio Coordinator, tell this testimony in full or share this story at a church service or small group, please watch the video above (in French with English subtitles).

I realise we are living in uncertain times and this comes with no obligation, but if you are able or feel led to help support the SIM Benin Togo Radio Ministry financially, gifts can be made on-line via the SIM Australia website.

As always, thank you for your ongoing prayers and support. It is a joy and privilege to partner with you in gospel ministry.

Pray that the Lord will intervene and stop the spread of the coronavirus and for those waking up each day to the fallout. Pray that SIM Benin Togo will be ready if able, to support our local communities in practical and sacrificial ways.

Pray for all those who live and die without the knowledge of Jesus, that this crisis may lead many to the gift of salvation.

Give thanks that God has been at work through our radio ministry in the region of Savalou and Tchetti. Pray that local Christians will continue to grow in their love and understanding of God’s word and boldly proclaim his salvation.

Give thanks for God’s faithfulness and the support of people around me. Pray for his strength and wisdom as we continue to make decisions and run ministries within the current environment. Pray that I might lead well and rest in God’s peace and steadfastness.